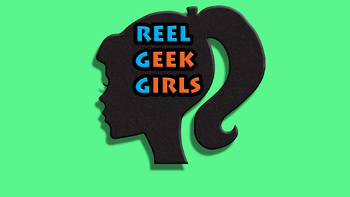 Reel Geek Girls (originally titled Real Geek Girls) was a web series created by Drew C. Ryan that featured interviews with a variety of female geeks. Begun in 2015, it ran for 110 episodes and ended in 2019. The show aimed to combat the "fake geek girl" myth by showing that women are just are geeky as men. The interviews often covered the women's experiences in the world of geek culture (the good and the bad), any projects they may be involved with and whatever their geeky obsessions happen to be.

The title was changed partway through the series because Drew felt that Real Geek Girls implied that only the women featured on the show were the true geek girls and that was not his intention. Instead, the purpose of the show was to demonstrate that ALL geeks are real geeks.