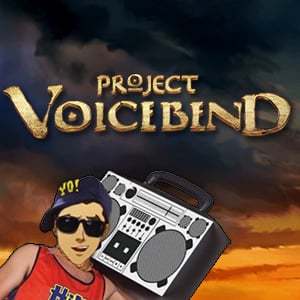 Project Voicebend is an Abridged Series of The Legend of Korra, showing the adventures of Avatar Korra in Republic City as she tries to find a bathroom, fails at airbending, learns what sex is, and opposes Amon's plans to break the fourth wall.

, though due to copyright claims getting episodes taken down it's easier to watch the entire series on vimeo

or on the creators' Tumblr