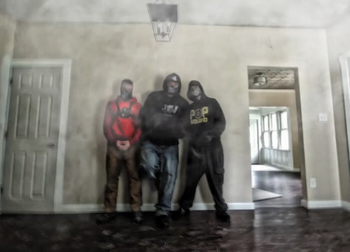 The POP Squad in the flesh.
”Apologies to the family/friends of the individual in this video for the embarrassment their actions have brought you. TO ALL VIEWERS: the friends and family members of the individuals featured in POP Squad videos have nothing to do with the choice that has been made.”
— The opening disclaimer
Advertisement:

P.O.P. Squad (short for “Prey On Predators”) is a group that catches pedophiles and other creeps that come to meet children. The group is lead by a man known only by “Incognito”; “Nito” for short.