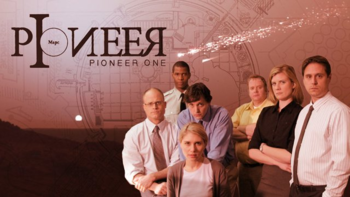 An unidentified object leaves a trail of radiation over Montana and lands across the border in Canada. Tom Taylor and his team are dispatched by the US Government to investigate what looks like a terrorist act, but instead find a Cold War relic with global implications.

Pioneer One is a 6 episode American web series from 2010 produced by Josh Bernhard and Bracey Smith. It is notable for being funded entirely by donations from the public, with the pilot episode raising $7,485 on Kickstarter.

All 6 episodes are available to watch for free on the official website.