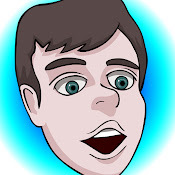 "Do not go seeking that of the answer, for only the dark of quiet pain lays waste here. It was then that is dearly lost and now that is tragically unsound."
"The most horrible Lego films on Youtube! Beloved lego themes of old are put through the most insane, entirely improvised narratives with the most incoherent dialogue we can think of."
The channel's description of their Lejo shorts.
Advertisement:

Phil la Phil is a Youtube channel that makes comedic short films, some which are based on LEGO.