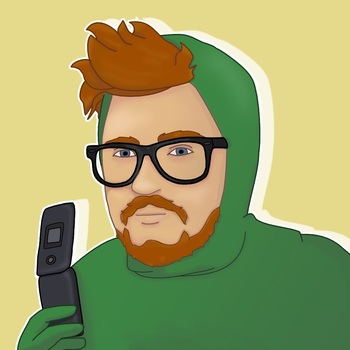 (real name Dennis Richardson) is an American comedy YouTuber/Twitch Streamer who makes videos and streams for the sake of entertainment or to review/provide criticism of different types of online media. He runs his twitch alongside his manager Allux

Originally, on his youtube channel he would often review and make fun of terrible steam games he found online, however, he later started making commentary videos which picked up traction, causing him to shift the focus of the channel away from gaming and now only focusing on making commentary on different things he found online, primarily other YouTubers/youtube videos.

He also runs a Twitch channel

, on which he is much more active than his Youtube, the focus of his Twitch is mainly comedic, often allowing viewers to send in videos via media share or doing try not to laugh challenges in which he or his manager Alex lose money if they fail.

While his content is lighthearted in general, some of his videos on his youtube channel do take on a more serious tone, having him expose and bring attention to material he finds online that he finds to be inappropriate.