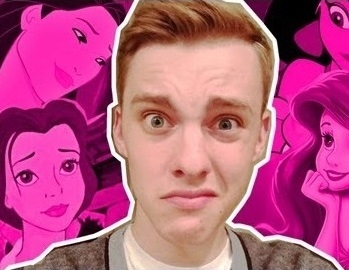 You'll never see your favorite Disney characters in the same way again.
If you ever wondered why
Disney tales all end in lies
Here's what happened after
All their dreams came true...
Advertisement:

. He is best known for creating the viral music video "After Ever After" and its sequels, which won acclaim for their dark parodies of Disney's Happily Ever After endings. Cozart's gimmick is recording himself in multiple parts and editing them together to create self-duets or self-quartets.

WARNING: The trope list below spoils the videos, and the videos themselves spoil the endings of the films (both literally and figuratively). You have been warned.

Examples of tropes in "Paint" videos: