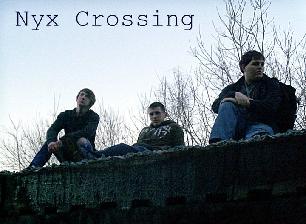 Nyx Crossing is a web video series that launched on YouTube in March 2011. The first episode can be found here.

Nyx Crossing is set to return in June 2013, as written here.

This Web Series contains examples of: