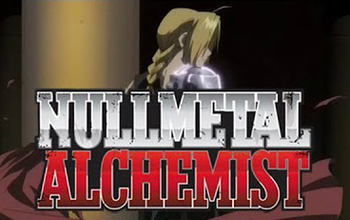 "What is going on?
I don't have the slightest clue!
I just slapped a cow!"
—Haiku-Style Theme Song (summing up the show with quirky animation to boot)
Advertisement:

(see None Piece and Code MENT). Faulerro's channel and the whole series were taken down from YouTube after Sony filed copyright claims on the series, although the series has since been re-uploaded and compiled in this playlist.

There is an unrelated Fullmetal Alchemist: Brotherhood Abridged.