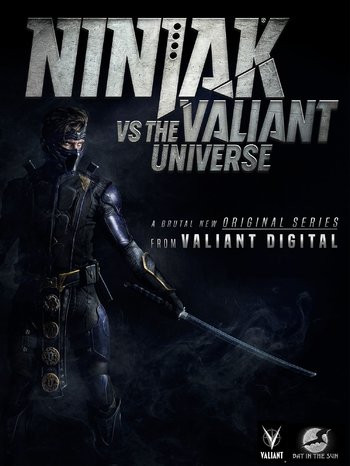 In 2017, the world’s most dangerous super-spy goes to war with the Valiant Universe…

Ninjak vs. the Valiant Universe

is a live-action web series set in the Valiant Comics universe from the creators of Super Power Beat Down. The plot finds the titular British intelligence agent forced to betray his closest allies by the ruthless assassin Roku. Now, on the run, he must face off against the most powerful heroes and villains in the world in the hopes that he can survive long enough to set things right.

Ninjak vs. the Valiant Universe provides examples of: