Web Video / Next Time On Lonny 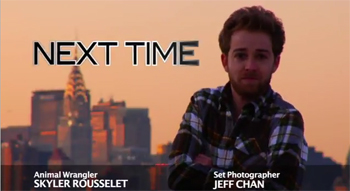 Eddy: "You ever uh, huffed a human soul?"
Advertisement:

Next Time On Lonny is a comedy series on YouTube that parodies the Reality Show genre. The eponymous character in the Show Within a Show Lonny is "a flavorless twenty-something... [meandering] through his hipster existence desperately trying to meet girls." But On the Next Lonny, "things get interesting... very interesting."

Next Time On Lonny provides examples of the following tropes: