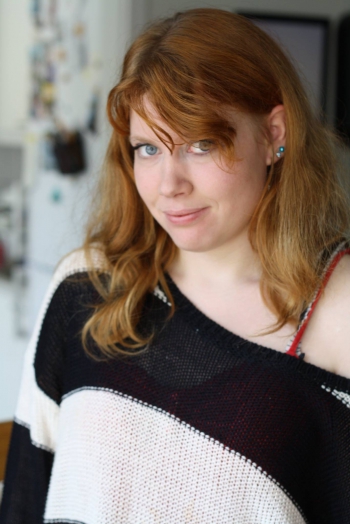 The Dorky Dane, herself.

Sofie Liv Pedersen is a video and text reviewer for the Agony Booth and host of the show 'Movie Dorkness', (formerly the 'Red Suitcase Adventures' and currently 'The Positive Gamer Woman'). Known for her thick Danish accent, passion for the theater, and love of Doctor Who, Sherlock Holmes, and the films of Studio Ghibli. She conducts her show with a laid-back air and enthusiasm for her work and the subjects she reviews.

As of September 2014, Sofie has started a new segment on Indie Games called "The Positive Gamer Woman." This came about due to her newfound interest in the Independent Games community (and Video Games in general), among other reasons.

She can be found on The Agony Booth

Could use some Wiki Magic.