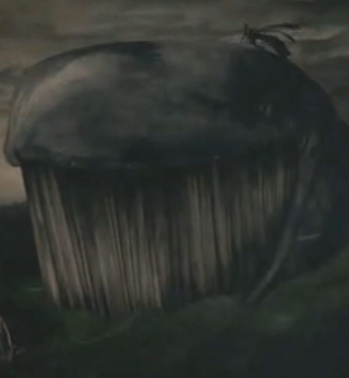 Let me tell you a story here...

The Devil had it all thought out.
Condensed it into big black clouds.
A huff, and a puff, and his belly came through...
Whoops! The Devil, now, he's looking for you!

Mind My Gap is a multimedia project/interactive "graphic novel" created by Rosto A.D. and adapted from "The Four Riders of Dog", a small nonsensical book he wrote from which he based his entire fantastical world upon, and the songs created and performed by his band "Thee Wreckers".

It depicts the lives of two anchormen, Diddybob and Buddybob who have spent the entirety of their lives in a television studio, recording episodes for their show "Living Interior". While Buddybob is quite content with this set up, Diddybob starts to question his surroundings and wonders what really is "on the outside". The story is divided into two sections: "The Open Horizon" which shows how the two men lived and the sequence of events which led to Diddybob being in the situation he is in, and "Diddybob's Travels" which portrays Diddybob's experiences and trials as he explores the world "outside" and tries to find a way back to the life he threw away.

contains video conversions of the original interactive Flash project, songs, and information about the project.