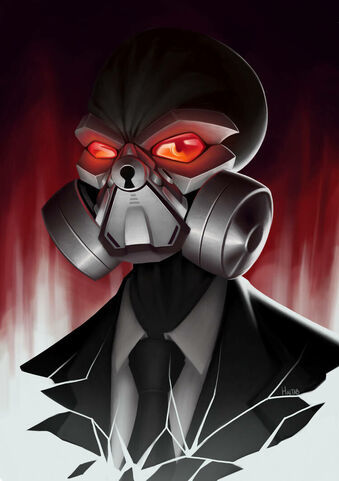 Hello there ladies and gentlemen...
"WHO WROTE THIS!?"
MauLer (Callum Edmunds) is a British cynical critic who reviews both movies and video games. He is known primarily for the extreme length of his videos (earning him the Fan Nickname "Longman") and his focus on what he deems to be objectivity, where he purports to rely on research and references to determine whether a film or game is of quality or not. To keep his critiques entertaining he throws in plenty of Deadpan Snarker, especially when he finds what he is reviewing to be terrible.
Advertisement:

He also runs a podcast called Every Frame A Pause, along with fellow reviewers Rags and DishonoredWolf where they discuss media. For tropes related to the podcast, go to that page.

His reviews can be viewed on his YouTube channel here

, while his EFAP podcasts are all archived on his alternate account here