Web Video / Masters Of The Metaverse 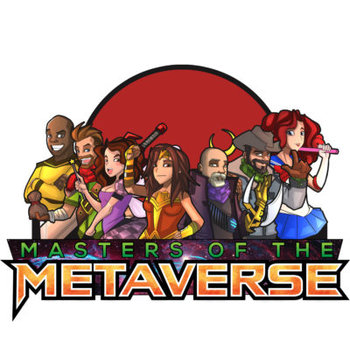 Masters of the Metaverse is an interactive Web Video series produced by Zombie Orpheus Entertainment and previously with Hyper RPG. It follows a tabletop roleplaying game based on a modified version of the Tri-Stat dX system. In the game, each player represents two characters. The first is their pilot, and the second is their avatar, but the players have access to the knowledge and skills possessed by both of these characters. The players can spend "meta-points" in order to move back and forth on the player/avatar spectrum, thus making it easier to access one particular set of skills while making it more difficult to access the other.

During the break after the second season, the series was joined by Sparkle Sister Stories, a series set in the Magical Space Princess Metaverse but with avatars without pilots, and Project: Metaverse, a four episode arc that leads into the third season that follows a new team of pilots who were recruited to test a upcoming virtual reality game.

Has a dedicated fan wiki [1]