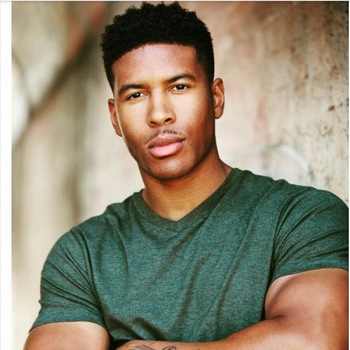 What's going on TV Tropes? Back at you again with another article, this is Low...Tier...GOD!
"Motivated. Determined. Resilient. Confident. Mentally Untouchable."

Low Tier God is the alias of Dale Wilson, aka Dalauan Sparrow, a Youtube personality and streamer who specializes in Fighting Game based content, particularly Street Fighter V, although he has also been known to experiment with reaction videos, roasts, fitness and vlogs. A controversial figure within the Fighting Game Community, LTG is known to both his followers and critics alike for his bluntness, his unabashed confidence, his toxic behavior, his eccentric persona and his low tolerance for anything that rubs him the wrong way, be it a character, tactic, game or individual.

As his name implies, LTG "specializes" in playing characters that are considered lower on the tier lists or are too Difficult, but Awesome to be commonly seen in tournament play (this does vary however, as more often than not LTG tends to end up switching to higher tier characters on a whim with similar levels of success). He rose to infamy during a dispute with veteran Street Fighter and Marvel vs. Capcom player Viscant, which lead to a widely infamous grudge match that went viral. While LTG lost that match in convincing fashion, his notoriety would only grow from there.

It should be noted that LTG, for all his flaws, is a reasonably competent player, which is part of why he actually has a fanbase. However he has no notable tourney showings/placement or notable wins against well-known players, is sponsored by his own self-created label (as opposed to many top players who are often scouted and sponsored by big brands, whereas no company has ever offered LTG a sponsorship), has a playstyle that is widely interpreted as straightforward and lacking the ability to adapt (which isn't helped by his tendency to exit to the home screen when he believes he's about to lose a match, which takes control away from himself), and is generally not held in high regard by the majority of the FGC, both as a result of his playstyle and his general attitude.

and his streaming channel here.

As LTG is a very polarizing figure, please keep the Rule of Cautious Editing Judgment in mind.

You said tropes? Get that ass banned!