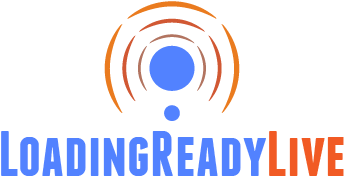 Welcome to the time-dilated TV Tropes page for Loading Ready Live!, a spin-off project developed by Canadian-based internet comedy troupe LoadingReadyRun, where members of the cast host various live-streaming content via TwitchTV to all of the lovely peoples of the interwebs on a weeklynote (and bi-weekly) basis. It exists as one of the promises for the Final, Eleventh Season of Loading Ready Runnote (aka 'The YRR of LRR') (the series, not the troupe!) which was funded entirely by fans through Kickstarter.

The live-streaming is broken down by individual shows, each hosted by one (or more) cast members from Loading Ready Run, which have their own distinct theme based on the interests of the person hosting it.

Current Shows and Schedule
The current schedule, arranged in order of streaming on a normal week (streams mostly run one right after the other on a given day):

If you miss a scheduled show, however, not to fear! The streams were, briefly, being pulled and posted to YouTube by a viewer or viewers unknown, but since then has been posted to LRR Live's own YouTube channel, primarily due to the frequent complaints about Twitch's archive service.

You can find their Twitch channel here!

Or, you can check out previous streams on their YouTube archive here!

Tropes that apply to LoadingReadyLive as a whole:

Tropes specific to each show: