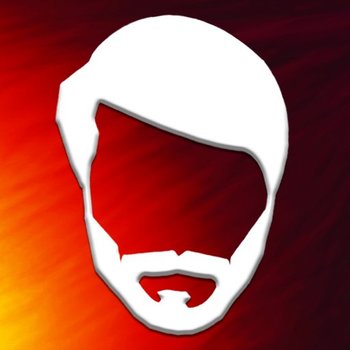 Even the logo has a Badass Beard
Advertisement:

Le Tropeur de l'Extrême is a French Web Series, available on YouTube at their channel

Le Tropeur is a French YouTuber whose channel turns around tropes.

No, he his not too scared.

In his main show, Le Tropeur de l'Extrême, he explains various tropes to the audience, often focusing on one trope or type of trope per episode. As the show progresses, he is joined by Le Snarkeur, whose only goal is to snark at every thing, to the annoyance of Le Tropeur. After episode 15, a storyline starts to develop, making good use of the tropes seen so far, while still exploring new ones.

The first season is 26 episodes long (if you count Episode 0, where the concept of tropes is explained), and it was followed by a year long hiatus. Season 2 began airing on the 28th September 2017, and is set to contain 10 episodes.

Being a show about tropes, expect a lot of them to actually be name-dropped In-Universe.

And yes, he created this very page.