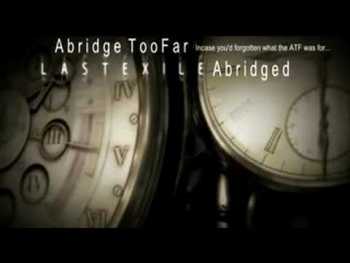 Last Exile has a couple of Abridged Series.

LA-A-A-A-ME!
This show provides examples of: