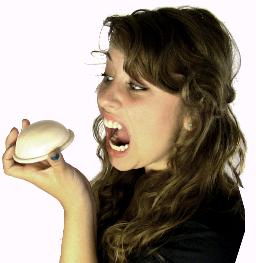 Laci Green is a self-styled "sexual futurist" who has been posting vlogs on YouTube since joining the site in 2007.

Similar to fellow vlogger The Amazing Atheist, her early videos (under the YouTube channel "gogreen18") were geared toward anti-theism and religious politics . In 2008, Laci reinvented herself

through a weekly series of vlogs (now titled "Sex +"), in which her discourse has shifted toward relationship advice and social commentary.

Currently, Laci is juggling three Youtube usernames, with her main channel hosting over 100,000 subscribers. She also manages a Sex + blog, filled with random musings as well as tasteful 'reviews' of various sex toys and prophylactics (NSFW, obviously), which can be found here

. In addition, she also used to work for Discovery Networks as one of three hosts on their series of DNews science news shorts.

She is also hosting the web show MTV Braless which focuses on feminist and other social issues as well as sexuality.