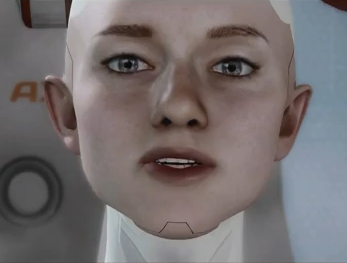 "Kara" is a short film created by Quantic Dream to showcase the new graphics engine they developed for Beyond: Two Souls. It starts off showing the assembly and activation of a Ridiculously Human Robot... who proves to be a little too human.

For a tech demo, this short video is plot-heavy. Expect spoilers.

Due to the positive reception of the tech demo and many people wanting to know how Kara's story continued—and that David Cage himself grew frustrated that he didn't know what would happen after the events in the tech demo—Kara was then announced for development into a full game by the name of Detroit: Become Human.