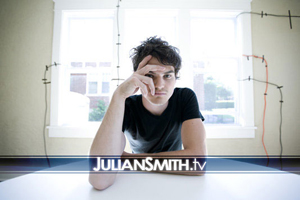 He took this picture for you.

JulianSmith.tv is a series of videos made by Youtuber Julian Smith. He produces humorous sketches and songs. Some of his videos may or may not make sense, but that's all part of the fun.