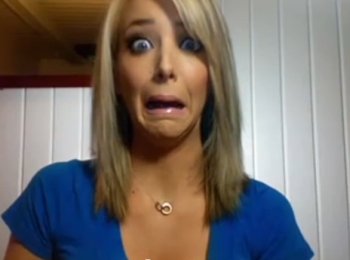 She has a subscribed viewership of over ten million and over a billion total views on her videos to date. A good majority of her videos are satirical impressions such as celebrity impersonations, tutorials on sociability (sometimes as a joke), general self-mockery, and other comedic representations of real-life living aspects.

She has four dogs, named Mr. (Charles Franklin) Marbles (a Chihuahua), Kermit, Peach (Italian Greyhounds), and Bunny (a rescue Greyhound) who are frequently featured throughout her videos and especially at the ends where she talks affectionately to them in addition to encouraging viewers to subscribe to her channel.

Currently she has two YouTube channels, one for the funny stuff, the other mainly for video logs.

On June 25, 2020, she announced that she would be taking an indefinite break from her YouTube career due to some of her older videos having caused people to become offended and upset.

Was featured in an episode of Teens React and Epic Rap Battles of History.

Hey what's up you guys, here's the tropes: