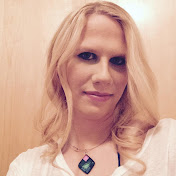 Iron Liz is a video reviewer who primarily reviews Tabletop RPGs. She became well-known for her appearances on Atop the Fourth Wall alongside Linkara, her former real-life boyfriend. She and Linkara also collaborated on card gamesplays such as Yu-Gi-Oh! and Sailor Moon in You're Such a Card...Game!. She recently started a companion series called Card Dregs, which features weird and bad Collectible Card Games.

Liz was a member of Spoony's Campaign, in which she played a Cleric; she then became the DM of an AD&D campaign with others from TGWTG and LordKaT's stream. The first few sessions were not streamed or put online, but for a time were posted to her blog (now deleted). A wiki for the campaign can be found here

She used to be found on Channel Awesome, but has since left the site. (Apparently, she's gone back to school to become a police officer.) Since her parting with Lewis, and the end of Channel Awesome as a significant website, Liz doesn't have much of an online presence anymore. Her only presence seems to be a rarely used YouTube account

Tropes associated with Iron Liz include: