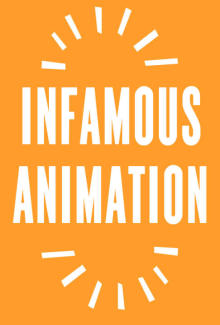 Living up to its name, Erik Olund (aka ShogunGin0) reviews, discusses, criticizes and evaluates certain animated movies that are considered to be the worst to ever be made (e.g. Delgo, Happily N'Ever After). Many of his videos are filmed in one location; hence the videos themselves are rather simple and minimalistic yet informative and witty at the same time.

His first episode featured the "review" of the movie Happily N'Ever After on January 15, 2011. Erik's latest video to date was also in 2011 (June, to be exact), ending with a review of Doogal, an infamous CGI film of The Magic Roundabout. Throughout the first season, the channel has only received little to moderate acclaim, though not so well known as other semi-obscure Caustic Critic channels out there (TV Trash, for example). It could be compared with That Guy with the Glasses due to some visible influences (yeah, Erik Olund himself has glasses, but that's just a mere coincidence now) but what makes the channel different was that it has, so far, focused on animated films that are rather obscure. Therefore, less on the nostalgia (despite how old some of the stuff Erik reviews is), but more on the animation's Suckiness Is Painful-ism.

After a one and a half year hiatus, Erik announced that he will be resuming the series.

The brand new season premiered on December 7, 2012 with a review of The Legend of the Titanic which you can see here.