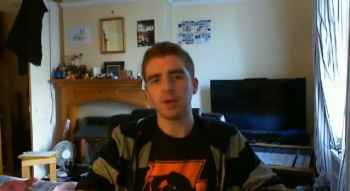 A gamer from Glasgow, and something of a point & click adventure game enthusiast. IkiFoo primarily does video reviews of classic and not-so-classic games in said genre, to determine whether or not they're worth a look in the present day, as he praises their good points while snarking at their shortcomings, and occasionally delves into other genres. Check him out on YouTube

where he frequently posted trivia on video games.