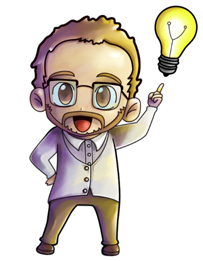 Alaska, it's where I live.
Advertisement:

Hadriex started out as a video game reviewer, but soon began dabbling in the dark art of making commercials, generally for games that never had trailers of their own. Mostly he deals in indi and fan-made games, or obscure games from his childhood.

Recently he's started to branch out into Let's Plays.

Tropes Hadriex has been caught using: