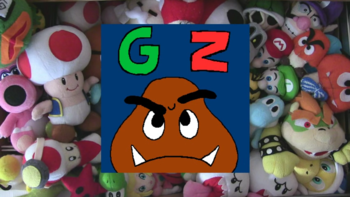 "Hello, this is Goomzilla!"
Advertisement:

Ian, aka Goomzilla, is a YouTuber who creates homemade videos with his sister Sarah featuring plush characters from the Super Mario Bros. franchise. Together, they have made a plush video series with thirteen complete episodes, including three feature-length movies (Mario's Quest, Luigi's Quest and Peach's Quest), and a series of videos set in a Gamebooks story, Yoshi and the Lost Egg.

They always aim for the most professional and entertaining videos, and also try to remain as loyal as possible to the Mario series, character and setting wise.