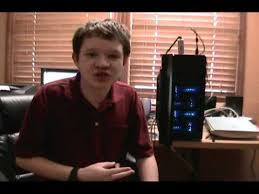 Something tells us he still likes those Sonic games.
Advertisement:

produces videos expressing his views on the gaming industry's current state, and he isn't too kind on Nintendo. His videos bash consoles, products, and games from companies like Nintendo and Sega. He also creates smartphone and tech reviews. In his "BAD GAMES" series, Gligar berates popular games for being produced by Nintendo or Sega, being too repetitive, or being too "kiddy" in his eyes.

Gligar13Vids is considered a troll and might not even mean a lot of what he says. His username should be a pretty big clue.