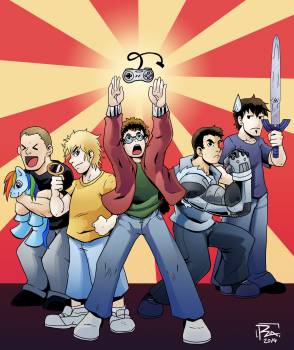 Gaming Force Comms is a commentary group on Youtube, comprised of Sonic 2978[1]

. Inspired by the likes of BrainScratch Commentaries, the group commentate over various video games, anime and movies.