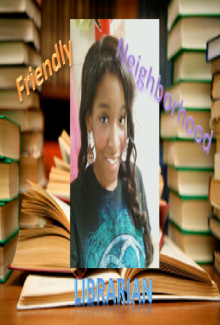 "Hello, dears! And welcome to my show. I'm your Friendly Neighborhood Librarian, reading the stinkers and praising the masterpieces since 2012."
Advertisement:

Remember the good ol' days when you actually had time to read? You know, things other than TV Tropes pages and other interwebby things? Well, suddenly now you have the Internet, and also possibly a life, and school and work...and you just don't have time to sift through books anymore!

Friendly Neighborhood Librarian is a webshow which debuted on blip.tv and YouTube in August of 2012. The Librarian character presents literature (by her definition, any written story - including Fairy Tales and Fan Fic) in an analytical, entertaining, reference-heavy manner to determine whether she can recommend it, or...not

. She clearly explains why she does or does not like a book, and what types of people would like it even though she didn't (or vice versa). The references make it easy to understand even if one hasn't read the books, and to top it off, she even does a quick analysis of any adaptations the book may have birthed.

You really can't go wrong with a premise like that!

The show is here

The Librarian provides examples of the following tropes:

One of the songs she used in her ending credits was "Beezleboss" by Tenacious D. She chose to use the clean version.
At the end of her Multiple Personality Murder review:
"Well, I hope you enjoyed my first foray into the more...dramatic side of literature....And now for something completely different!"
*Tenacious D's Beezleboss starts playing*
"Kick-Ass by Mark Millar!"