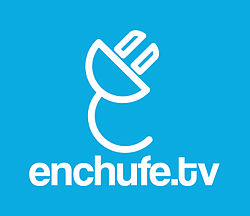 Enchufe.tv is an Ecuadorian web series produced by Touché Films, based in Quito, Ecuador, consisting of comedic sketches viewed primarily on its YouTube channels, as well as on Ecuadorian television channel Ecuavisa. The group was created on November 13th, 2011 by Leonardo Robalino, Christian Moya, Martín Domínguez and Jorge Ulloa (who also acts and directs many of the sketches), and they present many gag sketches with professional actors and production team.
Advertisement:

Currently the channel is only in spanish without subtitles, and you can visit the YouTube channel