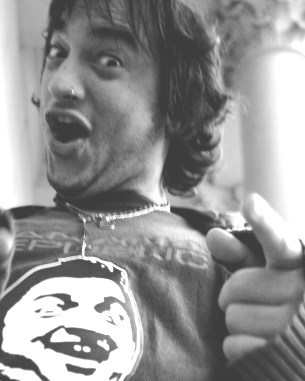 El Bananero (lit. The Banana Guy) is a Uruguayan comedian that is famous in Latin America, making videos for his own website elbananero.com since 2005. He comes from Uruguay, but actually lives in Miami, Florida, where he makes his videos.

Although he had made various other videos in the past, El Bananero became famous for a mock-infomercial for his best-known product: Muñeca Systemnote "Doll System", an inflatable sex doll that even provides complete home cleaning for you. This video was so successful that it became (and still is) a major referent for Latin American youtubers and comedians. The primary themes in his videos are Sex Comedy (which made YouTube censor his videos and shut down several of his channels), Toilet Humor, and Affectionate Parody of other media, especially in his Trailerazo series, which are Gag Dub Trailer Spoofs of famous movies and franchises.

, but most of his content is in Spanish. However, a lot of his fans have made English subtitles for his videos, which can be found by searching YouTube. Though he still has YouTube

, these are obviously censored versions of his videos — the uncensored ones are available on his website (or, in some cases, have been reuploaded to YouTube by fans).

This group of tropes sapbeeee!