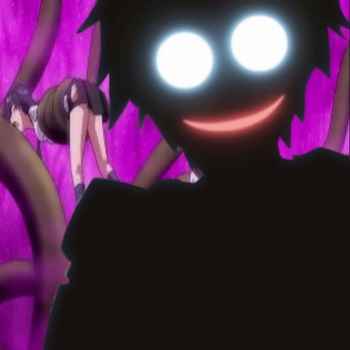 Take every offensive meme you find on Twitter or 4chan. Put in as much dark humor to offend everyone as much as you can. Then make sure at the core is film analysis not afraid to tell you everything you love is terrible.

That should give you a slight idea of what this channel is.

E;R is an analysis channel without any real unifying theme, mostly just going after films and TV he watches. He’s well known for his deep analysis, slick editing, tackling and subsequent butchering of Sacred Cows, and offensive humor.

Enter at your own risk.

Not to be confused with ER.

Tropes applying to and discussed by E;R.