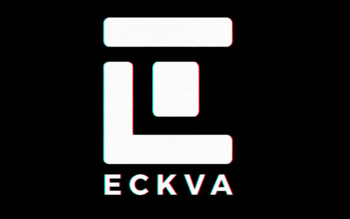 stay inside and watch Your Favorite Program
"Life needs your full attention; there's no reason to give it any less. But sometimes, things happen that are out of our control."
Preaxin commercial
Advertisement:

is a Web Original Analog Horror series. It is the second Spin-Off of the Marble Hornets psychological horror web series, created by Troy Wagner following the abandonment of previous series Clear Lakes 44. ECKVA was first hinted towards on September 25th, 2016, and fully revealed on the 28th of that same year. The YouTube channel for ECKVA was created on October 13th, 2016.

Much like Clear Lakes 44, this series slowly began as a series of continuous cryptic updates before the creation of the ECKVA YouTube channel:

As confirmed by Troy Wagner on Twitter, ECKVA18 will be the end of "part 1" of the series, implying that ECKVA will have a multi-season format similar to Marble Hornets.

Various details about ECKVA's current story, including a detailed timeline of the above events, can be found on the official Discord channel for Grampo Co.

Warning: As this is a sequel series, spoilers for both Marble Hornets and Clear Lakes 44 will be unmarked. If you have not watched either series, read at your own risk.