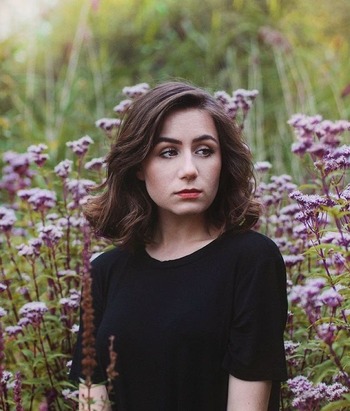 "Would you be so kind...as to not be so pretty?"
Advertisement:

, is an English singer-songwriter and YouTuber. The channel is best known for dodie's covers and original music, which regularly feature a juxtaposition of light, quiet melodies and emotionally complex and heavy lyrics. She released her first original song, "Rain