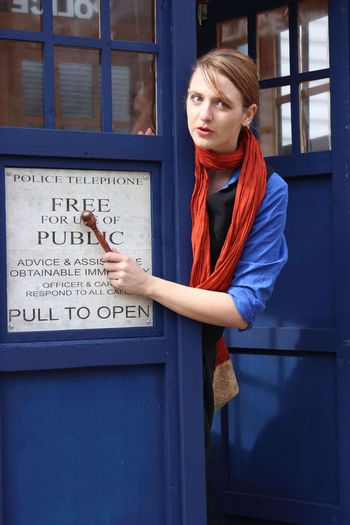 Don't let the fact that she's a girl deter you.
Jim: You're not from around here, are you?
Doctor: Jim, I am from quite a ways away indeed.
Jim: ...you mean, like, Canada?
Doctor: Uh, quite a bit further than Canada.

A Fan Series for Doctor Who in which the latest Doctor is ginger.

The series features Lilly Nelson as the Doctor with Rebecca Larken and Monte Hampton as her companions, Jim and Liz Baker. It has currently produced two episodes so far, A Dame To Kill and A Loud Hush. Summaries of these are available on the Doctor Who: The Ginger Chronicles page.