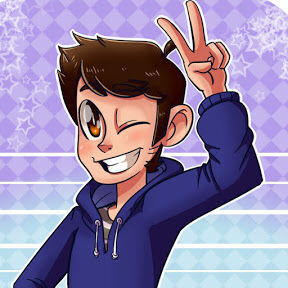 Adam (Also known as Diamondbolt) is an Australian YouTuber who mostly revolves around making content about TV shows, video games, and movies. Before this he also made "Ruined Forevers" and Q&As, but mostly did Transformers videos. You can watch his videos Here

The Diamondbolt Channel was created on the 29th of September 2014 and his first video was a test video uploaded the same day titled 'Legendary Pokémon List'. His first Transformers related video was uploaded 8th of November 2014 and was titled 'Transformers: Different Continuity Appearances Part 1'. Most of his content after this would either be Ruined Forevers or Transformers content. After about 3 years of making content, he decided to make more non-Transformers videos.

His current content is mostly about Movies, TV, Video Games, and all types of pop culture. Most of it being from the 2000s. In late 2018, he and his friend George (DaggaDK) formed a channel known as "Button Smashers".

He first showed his face on his 6th Q&A Video, and has shown it on most videos since.

Reviews and Retrospectives: Him reviewing or summarizing a topic. His main current series.

Ruined Forever: A series where he shows his frustration on a certain topic that has "ruined" a franchise (E.G. Teen Titans GO! or Pacific Rim Uprising). He is no longer doing these and has removed some of them.

Cherished Forever: A series where he shows his love for certain topics. This series is also cancelled, but unlike Ruined Forever, these videos are still up.

Q&A's: Exactly What It Says on the Tin. This series is no longer going on.

Old [...]!: A series where Bolt shows embarrassing or weird things he made as a child.

FOR TWO BUGS WITH FOOD COMMAND