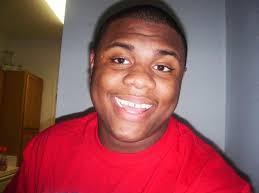 (real name: D'Andre Gary Siggers) is a a comedy YouTube channel hailing from Houston, Texas. He's known mostly for Angry Black Man, a series of rant videos with a comedic twist, though he also makes sketches, prank calls, and various other videos.

, is mostly composed of "slogs" (Sigga's Logs), and acts more as a commentary channel.

Siggfus, a third channel of his, had videos with his friend "Sefus", though the videos that were on that channel are no longer available.

This page is a Work In Progress.