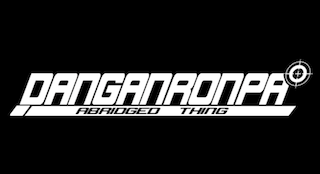 That's actually the entire opening.
Makoto: I'm Makoto Naegi and I'm a new student here at Hope's Peak Academy. I'm just your everyday teenager who was lucky enough to be invited to this prestigious school. I'm going to take this opportunity by the horns and bravely face every trial that comes my—
* Smash Cut*
Monokuma: Upupupu~
Makoto: D'AAAAAH—!
Advertisement:

Danganronpa Abridged Thing (or "DRAT") is an Abridged Series of the Danganronpa: The Animation by Faulerro of Nullmetal Alchemist fame. Only six episodes (plus a 'Meet The Students' Special, two shorts featuring a couple of characters from Danganronpa 2: Goodbye Despair, and five videos abridging some of the events of Danganronpa 3: The End of Hope's Peak High School), but it's definitely hilarious.

Just like the visual novels and the anime, keep in mind that there will be unmarked spoilers.

Most videos can be viewed here.

Tropes are not welcome in a school environment!