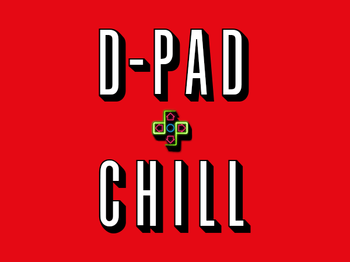 Inspired by Mystery Science Theater 3000 and shows like it, D-Pad + Chill is a live reaction commentary series created by Rick Desilets that features him and various members of The D-Pad watching and commenting on various TV series, cartoons, and movies. Originally devised as a way to include the various Sonic the Hedgehog cartoons into The D Pad The Super Sonic Lets Play, it eventually began to branch out to showcase works outside the franchise as well. The first video was released on September 10, 2016.