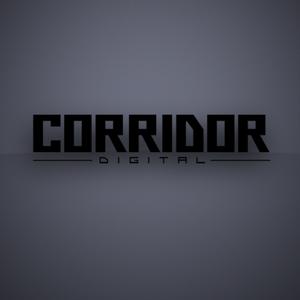 Sam Gorski and Niko Peuringer are two special effects artists from the film industry that have transitioned to becoming personas on YouTube. The two of them co-direct and act in their channel named Corridor Digital, or simply Corridor.

They live and work with Freddie Wong and his own filming crew and are known for making really unique content of different varieties, correctly following film procedures in a relaxed, fun sort of manner. They've also appeared in many collaborations with other YouTube stars.

In addition to making their bi-weekly content on their own channel, Sam and Niko also have a monthly action series on Bammo called Sync, with a thorough behind-the-scenes making of to accompany it. They also produced the Agent Origins: Ashes live-action trailer for The Division.

You can find their main channel here

. They also maintain a side channel called Corridor Crew

with content ranging from slice-of-life vlogs to behind the scenes to "React" videos about good and bad CGI, as well as a gaming (including video gaming, tabletop gaming, and airsoft and Nerf games) channel called Node

with buddies D and Brandon Laatsch note Co-creator of Rocket Jump and current head of game studio Stress Level Zero, who made Duck Season. Stress Level Zero's office is quite literally next door to the Corridor office and the exact one Node plays video games in.

Also, they have a few projects done with Steven Ogg. One of their videos, "To The Death", has its own work poage.

During the group's offensive bowling animation challenge, only the beginning of Jordan's is shown, but based on the audio and the group's reaction, it's likely referencing domestic abuse.

During the group's offensive bowling animation challenge, only the beginning of Jordan's is shown, but based on the audio and the group's reaction, it's likely referencing domestic abuse.