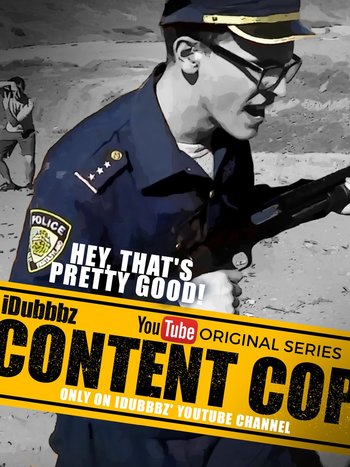 Content Cop is a web series created by Ian Carter, better known as iDubbbzTV. A typical Content Cop sees Ian reviewing a channel or trend (usually a controversial one, the exceptions being his "Food Amateur Reviewers" Content Cop and his "How to Prank it Up" Content Cop) before deconstructing the channel in a hilarious fashion.

In addition to the Content Cops, Ian has also done two Content Deputies, where he addresses the responses a subject made to the original Content Cop video on them:

Tropes relating to iDubbbz in general and his other series can be found here.