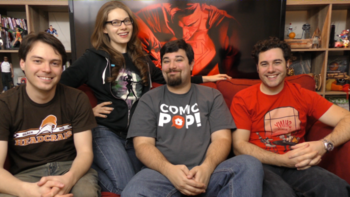 The channel consist of 4 stable shows: