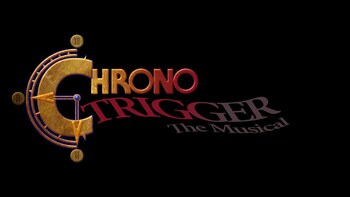 Saving history one song at a time.
Advertisement:

Chrono Trigger the Musical is a musical adaptation of Chrono Trigger created by Man on the Internet (also the creator of Undertale the Musical). With a planned total 60 songs and a diverse cast, it follows the main events of the game.

All of the musical's currently-available songs can be found here.

In early February 2019, the project was put on break due to scheduling conflicts and resumed with new songs on April 1, 2021. A video

of all songs has been released but not the full musical yet.

These tropes have left their names in history: