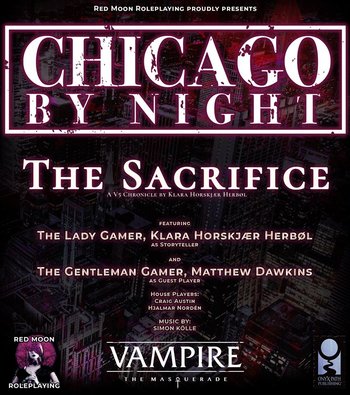 Guess whose coming to dinner?
Advertisement:

A trio of Kindred strangers are brought together by the Sheriff of Chicago, Damien, in order to guarantee safe passage for a pair of vampire V.I.Ps. None of the trio is particularly well-suited for the task and all of them are carrying deep personal baggage. Little do they know that the "favor" they're doing the Prince could affect every vampire in the world.

This series features fantastic music and an intro composed for us by the talented Simon Kölle, guaranteeing a moody gothic feel.