Web Video / Cause of Death 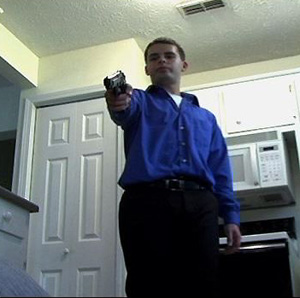 Just thought it'd be fair to let you know why you're going to die.
Advertisement:

A Web Video series debuting in 2010, focusing on murderers, serial killers, and all around villains.

The pilot shows the event when a nameless man enters the house of a drinking lounge-about. What happens next is chaos and violence, coupled with the killer's dark desire and the poor man's fight to survive. Add a picture of a mysterious girl and a granola bar to the mix, and you've got a four minute short that was originally written to introduce an entire series.

The main site can be viewed here.