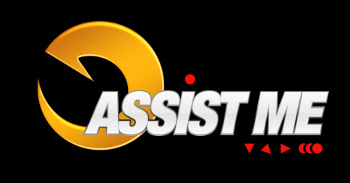 A Youtube series written and directed by Maximilian Christiansen, a.k.a. MaximilianDood, and was originally part of The Online Warrior. Originally based on the fighting game Marvel vs. Capcom 3: Fate of Two Worlds, Assist Me! is built around helpful character tutorials designed for the intermediate-to-advanced player looking for strategies and tips. These tutorial segments are interspersed with live-action skits, starring Maximilian Christiansen as himself and featuring a host of guest actors as the grab bag of demihumans, supervillains and all-purpose malcontents on the MvC3 roster. More recently, though, Max has been branching out the series towards other fighting games, the first of which being Marvel vs. Capcom Origins (An Updated Re-release of Marvel Super Heroes and Marvel vs. Capcom: Clash of the Superheroes), and he has discussed the possibility of doing the series for Street Fighter X Tekken as well.

Max is joined in every episode by his roommates, the ineffable genius (or so he'd have you believe) Victor Von Doom and highly adorable sun goddess Amaterasu. Together, Max and Doom air-combo, X-Factor, and wavedash their way towards mastering the game before Galactus makes good on his threat to annihilate the world. Albert Wesker and Strider Hiryu also appear as recurring characters.

Characters tropes should be put in its Character Sheet.

The series can be split thusly:

This series provides examples for: