Web Video / Are You Serious? 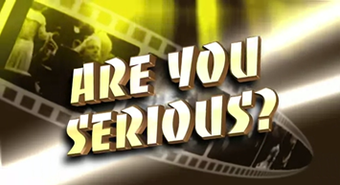 Are You Serious? was a Web Original show produced by WWE, airing on the company's YouTube page

. The series features former WWE superstar Road Dogg and current WWE commentator Josh Mathews being forced to watch not-so-great wrestling clips from the annals of wrestling history. They're inexplicably joined by a puppet Triple H that's been dubbed "Puppet H". The series amounts to basically a web video version of the WrestleCrap site combined with Mystery Science Theater 3000, but it's proven to be the more popular of WWE's YouTube efforts.

Tropes appearing in this work