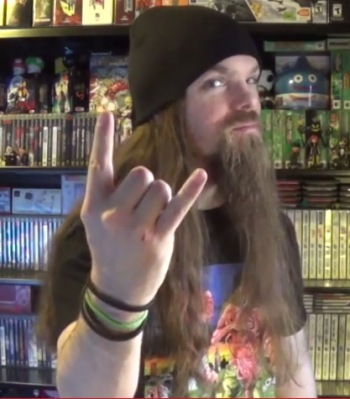 Take one part metalhead, take another part big time gamer nerd whatever the fuck, throw in some morbid humor, and a dash of not ever giving a flying fuck and you essentially have a recipe that is me.....AlphaOmegaSin.
His description of himself on Tumblr

Bill "AlphaOmegaSin" Arensberg is a YouTube personality who talks about videogames, comic books, Horror Films, and Heavy Metal music. His channel can be seen here